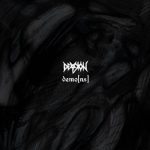 This album collects two demos: "The Portrait", released in 2007, and "Corrupt My Soul By Means Of The Senses", released in 2008. "The Portrait" demo has a poisonous sound, always going to an interesting place and avoiding pitfalls like dragging things out too far and boring the listener, although the song ‘Red’ could be said to have that a little, but it helps a lot that the repeating riff is good. The other three are awesome, a great example of recent Death Metal done well. DEAKON is like the Russian MEFITIC on this demo. The next demo is a little different. Like the title suggests, it sounds more abstract, like a strange inaccessible place or state of mind. ‘On The Nature Of Things’, for example, says it all right there. Maybe it’s just because this demo is so different from "The Portrait" but this sounds like a band that’s changing pace and exploring new ideas, sort of putting their creative intensity in another direction, like with the clean vocals on ‘Klokk Of Time’. However this is still a total Death Metal band. I admit, looking at the cover for "Demo(ns)" my expectations weren’t very high at first but DEAKON surprised me a lot. Check them out! www.deakon666.com, www.assault-crew.net