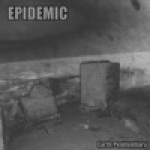 After receiving a confusing, filler filled review from the U.S. publication Metal Maniacs, the writer could have easily said what he had to say in practically two sentences. Now that I have this demo CD, I too find that same dilemma here of what exactly to say with my own review of this Israeli act. "For fans of DUSK, mid-era DEATH and the most melodic of DISMEMBER and CARCASS…" is what that dude at Metal Maniacs had to say and as this four tracker spins I get where he was going with that but also a lot more Doom than he had failed to mention. Good Doom too. Old PARADISE LOST "Lost Paradise" era Doom. Intended or not it’s present here.Then the writer at Metal Maniacs went on to spout some irrational nonsense that this act had with it undertones of slower TESTAMENT and even went a step further and called this Nahariya based quartet an Israeli Thrash band! Not even. There’s nothing Thrash about this act whatsoever. Makes me wonder if he was clicking around on the net while listening to this CD with like seven windows of Asian porn in the background and just wasn’t paying a fuckin’ lick of attention. Fucking Metal Maniacs, I have always thought that rag one of the worst in the American circuit. Like two steps up from Circus and absolutely the zit faced cousin to Metal Edge. But I digress… Contact: Vova Kashirin, 12/11 Hamagenim St., 22448 Nahariya, Israel, epidemic.mailband@gmail.com, www.epidemic-online.com or www.myspace.com/epidemiconline