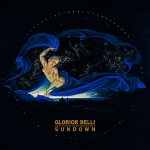 They claim this is a "dramatic" back to the roots album, for these French purveyors of Southern darkness. Well, in fact I have been a fan of this band for so long, that I equally like their early more orthodox Black Metal style similar to DEATHSPELL OMEGA, WATAIN or OFERMOD, and I also like their incredible mix of Blues, Southern Rock and that same Black Metal we are talking about. So, here, in something that seems to be again a one man band member thing with some helping hands, things have changed just a little. The Blues / Southern Rock influence is still there, just reduced a lot, but it clearly shows in the composition style. The Black Metal is more present, and for once sees the return of more of the dissonant melodies that were found in a lot of their early albums. But, the time and experience gained is also here, thus doing a very good album. Of course, do not expect something what the band has already done. Founder Billy Bayou is still doing a great vocal delivery and his riffs have that tasty catchy hooks, obviously Blues influenced but turned into a very competent Black Metal sound. And probably this return to some older sounds is a wise idea. Their last album was probably a bit too much Southern Rock / Blues for some more traditional Metalheads, and yet it was quite good. Here, we have the same band but just adjusting things to a more Black Metal sight. For more experimental things they have the band 11 AS IN ADVERSARIES, so hopefully this means more straight ahead music in GLORIOR BELLI. Yet, they still have to top their masterpiece "Meet Us At The Southern Sign". It is the case where a band is doing good as they are, and probably adding more variety to their sound is not such a good idea anymore. The band is also in danger of copying themselves, but yet again, sometimes that is not that bad after all. If you are a fan or were a fan, get this one. www.facebook.com/gloriorbelli, www.agoniarecords.com