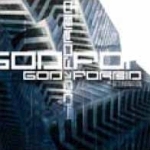 This band is rather new too me although I have heard them mentioned in underground Metal circles. People have told me they are in the same vein as: CARCASS, AT THE GATES, IN FLAMES and PANTERA. That sounds about right but not totally, the truth is that its much more like this: PANTERA + LAMB OF GOD + AT THE GATES = GOD FORBID. If you looked at their line-up and were an ignorant person you’d be thinking that this is a Rap group since 4 out of 5 members are all African Americans, based in New Jersey. But if you just let the music flow and like Metal like I do then who cares where they are from or whatever. As far as the music is concerned, its your typical blend of melodic Thrash with some PANTERA-esque parts thrown in, on top of high end vocals. I’m sure cause of their appearance they will garner attention much like KITTIE did cause they are all young girls playing Metal, much the same people will say “Hey a black band playing Metal.” They’ve opened up for SEVENDUST already. Good luck to this band, they are pretty talented, just need to develop more of their own sound.