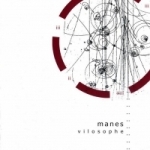 MANES… a quasi-legendary name for all addicts of what has been done through early 90s Norwegian Black Metal. Legendary? Yeah… the word actually isn’t that strong for this duet formed by Cernunus and Sargatanas at the dawn of ’93 has incessantly cast massive black music, slow as a decomposing corpse and intense as a vortex for 6 years (’93 / ’99). From these years the traders saw the succession of these monuments named “Maanens Natt” (’93), “Ned I Stilheten” (’94) and “Til Kongens Grav De Dode Vandrer” (’95). Later these demos would be re-printed at 1000 copies each (“Maanens Natt” and “Ned I Stilheten” on the Hammerheart sublabel Unveiling The Wicked) and the first album “Under Ein Blodraud Maane”, which consists of re-recorded versions of those old trax, came through HammerHeart in ’98, ending this period before a silence of seclusion that has gone for 4 long years. Personally, even in the older times, I didn’t even want to call it ‘Black Metal’, as this appellation tended to come more and more meaningless. Manes stood apart from every caste, even not to their own ‘scene’ in a total popstar delirium, and for their “cult” (was that really a music?!) seemed to be evidence to the inner soul. “A Dead Music For The Fallen.” They’re back now with a brand new label, Code666 and a new album, “Vilosophe”… so watch out, forget everything that has been said, forget the cult status they never wanted, forget the Black Metal attitude, forget this transcended and sharp voice of Sargatanas who’s no longer in the band, forget the 4-trax sound taste that echoed like the hoot of the specter. With this newest album Manes has reached the level of its most absolute independence, apart from every stable paradigma, from every scene and no doubt that the basic blackster wouldn’t understand anything about this album whether he’s formated, not a bit clever, moreover if he doesn’t know Manes’ personality and vibrations. The band in itself got highly enriched musically, under the pending presence of Tor-Heige ‘Cernunus’ Skei, five other musicians apparently coming from varied horizons worked to make “Vilosophe” a complex and intelligent piece that goes straight to the depths of our unconscious. The essence is the same but the musical shape has changed, some trax like ‘Death Of The Genuine’ (also appearing in a pre-mix called ‘Redeemer’) or ‘Nodamnbrakes’ can allie a jungle beat made on a groove box and a sharp guitar riff that could have made a “Maanens Natt” intro, the whole stuff being pushed to its extent with an undefinable way of singing. The new singers (yeah; I said ‘singers’) Asgeir Hatlen and Tommy Sebastian have a very special tone, very high, with a very special mood in it, that gives this impression of cosmic depth and that gives a new sense to this durable intensity of the band. A huge mix of electronics, even of rock gimmicks (diving with your hand bounds / Ende), of rhythmic sonorities, sometimes jungle or even drum and bass come to give a groove to Cern’s verve who has revealed another mask of the ‘hydra faced combo’. They definitely got detached from this earth to create a very unique and own feeling, so the identitary purists could easily do without such an album, it would give ’em some headache, as for the rest… read carefully instructions before use…!