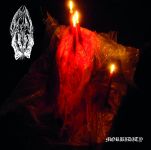 I had the chance to listen to other releases from the Polish label Morbid Chapel Records and I have to admit that their roster didn’t impress me positively. But, of course, there’s always a first time for everything. OBSIDIAN HOOVES is an interesting duo coming form California and Mississippi. “Morbidity” is their first full length album and here we have eight tracks for almost 58 minutes of obscure and putrid Death Metal. These guys are strongly influenced by bands such as INCANTATION, DISMA, DISCIPLES OF MOCKERY etc. Basically a rotten form of Death Metal in the vein of Craig Pillard’s and John McEntee’s projects. The recipe is pretty simple: claustrophobic and doomy slow parts, alternated with some accelerations here and there. The guitar sound and the riffs are killer: pretty raw and heavy, with some schizophrenic solos too. The vocals are deep and ultra guttural. Nothing special for what concerns the drumming: sloppy and not particularly fast. The concept and lyrics deal with sickness, gore and blasphemy. In conclusion, “Morbidity” is a good album of underground American old school Death Metal: approved! More band info you will find at: www.facebook.com/obsidianhooves, label contact: www.facebook.com/morbidchapelrecords