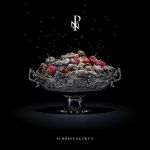 When it comes to Black Metal in general, I think that the sub genre is more or less exhausted. That’s why I keep coming back to the same albums every time to get my fix. But from time to time, there comes an album that changes your perspective of a certain type of music. In my case, “Schöpfungswut”, the third full length from German outfit PORTA NIGRA, is such a thing. Upon first hearing, I could not pinpoint the reason why their style is so appealing to me (and I think a lot more people out there). Although their music has a solid base in Black Metal, there are other influences mixed in there that make them really intriguing. The combination of melody, aggression and atmosphere is right on point and nothing sounds out of place. The first thing that threw me off was the production: heavy, raw and dense which immediately set them apart from the usual Black Metal clichés. A well rounded sound with a balanced mix. Every instrument has a natural feel to it, which I think is great, given nowadays standards which usually favor overproduction. Also, the guitars are not too trebly or harsh and the bass is nicely present. The drums are organic (except maybe the kick drums, which is no surprise) and thick. The vocals combine mid grunts, deep growls and some hymn-like cleans too. André’s vocal performance is stellar, making the songs even more interesting and varied. The guitar work has a lot of tremolo riffing courtesy of Gilles de Rais’. He dwells between embellished melodic lines and solid power chords and great tasty leads (with a wicked blues feeling I must say). All enhanced by F’s (session musician for this album) pounding bass lines. To round it up, Thomas’ drum patterns are incredibly constant and elegant. He also adds some pretty effective fills and tempo breaks exactly when there are needed. Upon first listen, I thought 46 minutes went by too fast. The shortest of the six songs included here clocks at 5:51 and the longest is almost 9 minutes. But the album never drags. I played “Schöpfungswut” two more times to fully enjoy the experience when I was writing this review and I will be listening to it a lot more from now on. This is (no pun intended) one hell of a fucking album! Amazing stuff! You can show a well deserved support to the band here: www.facebook.com/portanigraband, And go get this album now, from their label here: www.facebook.com/soulsellerrecords