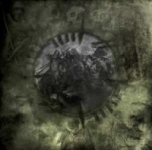 From Ireland hails PRIMAL DAWN – a young band delivering furious Black / Death Metal. This seems to be the third release of the band and the first in this aggressive direction after some line-up changes and I must say this is some promising stuff. Even though the general approach of this four-piece is slightly more melodic I generally felt reminded to the Australian War Metal scene in terms of ferocity. The credo of the band seems to be “take no prisoners” anyway as the overall pace is fast with lots of blastbeats dominating. Here and there thrashy breaks are thrown in, turning into powerful midtempo moments, often accompanied with a hymnic melody – something which hints at Black Metal. A certain resemblance to ANGEL CORPSE is present which is certainly also owed to the mid-ranged, almost Thrash Metal like vocal delivery. It may be the mixture of blasting filthy Death Metal, aggressive Black Metal with some hints of melody (think of homeopathic doses of old DISSECTION) wrapped in a raw and relentless thrashing attitude which made me think of some Oz bands. The packaging is simple yet quite tasteful, showing a greenish medieval battle scene on the front (possibly the Irish defending themselves against the Cromwell invasion?) and a moody b/w panorama photography with the lyrics printed over it inside the booklet. For an underground release the production is sufficiently thick and raw, only the drums sounds a bit prominent in in the mix here and there which is only a minor flaw, though. “Zealot” is available for 5 Euros directly from the band – friends of rabid underground Black / Death with a slightly chaotic edge should think about a purchase. Make up your own mind via: www.myspace.com/primaldawn. More information can be obrtained at www.primaldawn.cjb.net or get in touch directly: primaldawn@gmail.com