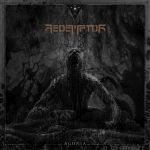 Polish Death Metal band REDEMPTOR was formed in 2001 by guitarist Daniel Kesler. They have released 3 albums (plus 3 demos and one EP) and “Agonia” is their latest album. I listened to their previous material before doing this review, so I could have a starting point. And the progression of the band is notorious. When I say progression, it is not performance or musicianship, but identity. Bands such as SUFFOCATION and CRYPTOPSY pretty much defined technical Death Metal as a subgenre and you can hear those influences in REDEMPTOR. Luckily, given an 18 year career, they have chosen to build their own style and not just copy the aforementioned bands. I think most of the time, the technical aspect of the subgenre takes over and becomes overwhelming in detriment of the music being memorable. Well, not in this case. The guitarists Daniel Kesler and Hubert Wiecek have crafted a really nice set of riffs that are both technically proficient but also memorable, including also great melodic and tasty leads. Especially when the band shifts gears into full blast beat attack. Another aspect to highlight is the smooth transitions between fast parts, mid tempo grooves and slow Doom – like passages. Here, drummer Daniel Rutkowski’s work is the key. He provides not only a brilliant and solid rhythm backbone, but also interesting fills that help those transitions. I would’ve liked for the bass guitar to be a little higher in the mix to also appreciate bassist Kamil Stadnicki’s performance, but given the music, I am sure that it is also top notch. Last but not least, Michal “Xaay” Loranc’s vocals fit perfectly within the varied musical landscape. His vocals are not one dimensional, combining low growls and mid grunts to accentuate the different passages. The overall production is great. Razor sharp guitar tones, thick bass tone, pounding drums, in your face vocals and a balanced mix that gives each instrument its place. I would’ve liked their sound to be a bit less sterile since REDEMPTOR’s style is so dynamic. But that’s just me being picky. If you like Death Metal (and or technical / brutal Death Metal), this is an album you definitely need in your collection. Great all the way through. You can contact the band at www.facebook.com/redemptorpl and their label at www.facebook.com/selfmadegod