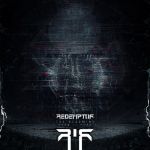 REDEMPTOR is a Polish band of brutal, yet technical Death Metal that compiles their first full length, a demo and an EP on this release. The debut album is very well produced, has a very massive sound, and it shows very good musicians. Yes, it is technical, not yet to the point to be a showcase of how good they are at their instruments, as they try to have a flowing stream in their songs, yet once in a while a strange break will suddenly burst at time breaking the aura of the song. While some bands try to be technical so hard and end up doing a collection of riffs rather than a good song, REDEMPTOR is trying to do their music to be complex, yet still heavy and dark, with more than a few references not only to later era DEATH in their heaviest, but also I find many similarities to IMMOLATION yet not on the same level. The demo and then susequent EP follow a similar pattern in the riffage and composition, with the most noticeable change in the vocals, that from a very Ross Dolan-esque sound most of the time, they now alternate with a more shouted one. In their last EP the band is also doing a more technical and progressive approach more in the vein of DEATH in their final albums. The musicianship also remains impressive, specially the drumming. I also noticed that their lyrics are quite a mixture of futuristic and apocalyptic visions. The band has already released two more albums, the last one in 2017, and it still has their style of brutal Death Metal with technical hints and a semi-progressive approach intact. Fans of bands like GORGUTS, DECREPIT BIRTH and MORBID ANGEL with some technical twists will surely find a new fave on the style. www.facebook.com/redemptorpl, www.selfmadegod.com