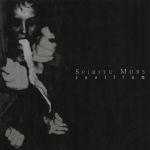 SPIRITU MORS
Exsilium
(Under The Sign Of Garazel Productions)
17:48min

SPIRITU MORS is a very enigmatic band that comes from Australia, there’s hardly any info about them or what place in its discography this is or how long they have been around. But that does not matter when the music is this good. Just two songs, but more than enough to leave you wanting for more. The core of the band is without a doubt Black Metal, the kind of the Norwegian one that was abundant in the 90s, yet they decided to give it a very personal touch. Forget thin guitars and lo-if productions, no, this has very heavy guitars, full production, yet the cavernous aura is there. More than once the atmosphere of MAYHEM “De Mysteriis Dom Sathanas” comes to mind while listening to it, yet they are different. I will say that there are also touches of Swedish Black Metal and some early Finnish Black Metal too, making this an effective amalgamation of some of the best from the style, yet done tons of miles from those places. And usually Australian bands give their music their very own personal touch and here it is no exception. The vocals fit perfectly in the music, without being too high pitched or bland, and there is this epic feeling all the way. And the musicianship is also on a very high level. In this case the Black Metal deals more with death than the occult or demons, so performing a ritual at midnight at a cemetery with this as musical background will surely raise the dead. I am looking forward to more from this band. www.facebook.com/utsogp