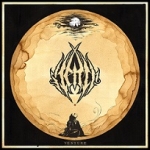 “The Formulas Of Death” was one killer monster of an album. No one expected it, and thus it was created and desecrated towards an audience that was not ready for its brilliance. The mixture of Black Metal, with some 70s psychodelia and a Death Metal core was something unexpected. Wait there, what band are you talking about? Oh, yes I am talking about TRIBULATION… and STENCH is, they want it or not, a diabolical brother of that band. Two of the main members of one band are in the other, so it comes as no surprise that the sound of the first TRIBULATION album and the first STENCH were quite similar, although STENCH was maybe faster, grinder if you want. So, when the mighty TIRBULATION decided to evolve, so does STENCH. And both bands do sound different, yes, but one can almost smell that the smell of rotten corpses is the same after all. The same doing different but related things. And so this new STENCH album is a bit more complex, has some insanity mixed within, yet it still rages as always. And whereas TRIBULATION suddenly had a more Black Metal approach, STENCH keeps more in the morbid Death Metal side. Calling them a Death Metal version of NIFELHEIM is not that far away from what we get. And for some weird reason, it is good that both bands exist. One cannot be the other, but they need each other to be. A fantastic album, that shows a side of a band that was needed in this time and age. They do not fear to show some Punk and Heavy Metal sounds here and there, yet maintaining their very essence. And although I am a maniac of distort 10 guitar sound, here the somewhat lower guitar sound and tone, works in ways only the devil knows…a killer record! www.facebook.com/pages/stench-official/213520935347849, www.agoniarecords.com