Some underground people damm BLOODBATH for being a marketing allstar hype – what the fuck!?! If your heart has a really bloody hunger for shredding classical Swedish Death Metal then you simply feel that BLOODBATH is the real deal and miles away from being commercial in any form, musically. So we give a shit about that circus. This story is a really cool result of an internet chat with BLOODBATH, KATATONIA and DIABOLICAL MASQUERADE guitarist Anders Nyström. A really creative mind with a good and down to earth attitude towards this shit – enjoy!


Anders, you’re now 33 years old and stylewise BLOODBATH is rooted a lot in the good old early 90s Swedish style of Death Metal. Currently a lot of older Swedish bands like DESULTORY are reforming or members of TREBLINKA, GOD MACABRE etc. are creating brutal music again in new bands and projects. What do you think about this sort of rivival and what do you remember about those days when the big boom actually took place? Have you been more a Death Metal fan or did the growing Black Metal scene attract your interest more?
"For me it worked like this. Heavy Metal led to Thrash Metal which led to Death Metal which led to Black Metal. I was into all of it and I still am. I think the revivals are cool if these guys are really into it for the spirit and good time and offer something to the fans. Most of the legendary bands that broke up went through all these financial problems and couldn’t get on with the demands of their record companies or were fighting themselves and their egos and so on. Now when they’re older, all supposedly got stable jobs and live a different life, their situation is not the same. There’s no room for egos anymore, no possibility to quit your job and start all over with the band again at age 40, so the good times can still be had while keeping things on a modest level and I’m all for that. Bands who split up only to be able to make a comeback five years later for the $$$, well I guess we’ve seen that, too." 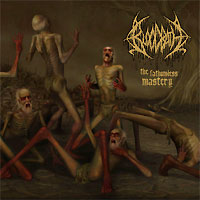 A lot of people argue about the namedropping effect when it comes to bands like BLOODBATH and it’s obvious that neither Century Media nor Peaceville would have done BLOODBATH releases if the band would have consisted of a bunch of no names even if the music would have been of the same quality. But what’s the other side of the coin from your point of view? I mean musically BLOODBATH is nothing commercial at all, so what counts most to you and what do you think about the above mentioned problem?
"I couldn’t care less. We do BLOODBATH because it’s fun, nothing more. If labels see the names involved and realize they might sell a few more copies compared to another band (that might even be musically way superior to us), then fine, that’s their policy as a commercial industry. We never bothered about making the names involved a hype in the limelight, because we’re all old friends that have been in this business for 18 years together and are still going, we’re who we are and it’s just fun to see all our former achievements made our names part of the Metal history."

For the BLOODBATH live album you’ve worked with Travis Smith for the artwork again, a long time partner in crime when it comes to artworks with your related bands. You’re always involved as a sort of art director, so how does this co–operation work with Travis? Did you ever have the chance to meet him in San Diego when you’ve toured the US with KATATONIA? Who is more of a freak, you or him, haha!
"Yeah I met him twice on tour. Travis looks like this huge American football player, a little bit intimidating to be honest, haha! But he’s really one of the nicest guys. I’ve been working with him on almost all artwork projects for KATATONIA, BLOODBATH and DIABOLICAL MASQUERADE since 1999 and I don’t see anything coming to an end. He’s a fantastic designer and when we put our two minds together he always comes up with some fantastic shit. Can’t wait till next time."

Anders, you and Jonas have their main duties in KATATONIA, while Mikael is also totally packed with the OPETH matters, so how time consuming is BLOODBATH and do you see it as a real sort of band in the classical sense or do you rather prefer the spontaneous way of working?
"BLOODBATH is a side project, no matter how much I’d like it to expand and grow, it can never become an active full main band as long as the line-up consists of KATATONIA and OPETH members. Those two are main bands right there and even though the creativity might be split equally it’s impossible to compete with it in terms of time and dedication. We just try to take a vacation from our busy schedules every now and then and enjoy ourselves with BLOODBATH and focus on completing an album, or playing a gig as a goal at a time. Being spontaneous is underrated. We’ve came up with many magic moments by grabbing the heat of the moment and rolling with that!"

KATATONIA and OPETH have a quite original and really non Metal based clichéd way of presenting themselves concerning lyrics or artworks, so isn’t BLOODBATH a nice way to unleash the inner demons in a direct and primitive way straight from the heart? What do you love most about this pure Death Metal style in terms of music and the visual way?
"Yeah there is this unwritten law about Death Metal and what and where the topics and concepts around it go. Death Metal has never been a tool for the pretentious and classy sides of expressions. Metal based clichés have and will always be all over it, but you can still do it the clever way or the cheesy way. For me Death Metal is all about entertainment and unleashing aggression combined in an art form. No matter if I crank it on the stereo, or play it live on stage, I want to feel run over by a bulldozer and totally exhausted by the cleansing."

Talking more about youth sins and the brutal visual presentations in Metal I’d like to ask you what you nowadays remember about the old KATATONIA photosessions for the “Jheva Elohim Meth” demo in 1993 with corpsepaint and a pure Black Metal presentation? I guess new fans of “The Great Cold Distance” or “Viva Emptiness” don’t know a fuck about pseudonyms like “Blakkheim” or “Lord Seth” or the classical great KATATONIA Black Metal logo, ha! What’s your retrospective view on that in an artistic way? To me the old classical KATATONIA stuff still sounds like an orgy of suffering with a lot of melancholical aspects, or what would you say?
"I’m proud of our past. Everything we did back then had its meaning and was our belief. Going through all those stages is what made us who we are today. Talking about the old days, remembering the vibe and spirit is pure nostalgia, but I’m not hanging on to it so desperately that I’m wasting what’s here and now because everything has it’s time and place and those years are bygone." 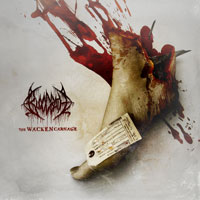 I still god damm love “Brave Murder Day”, expect for the clinical drumsound, it’s sort of a timeless masterpiece of this genre. Ain’t it crazy to you when even today bands like Finish RAPTURE, SWALLOW THE SUN or US based DAYLIGHT DIES, NOVEMBERS DOOM and many others still refer to that album and style in particular? This record is nowadays twelve years old, so what’s your point of view towards it?
"Yeah it’s still probably the most unique album we’ve made. It was groundbreaking and the style we developed treaded into a musical territory nobody else had roamed before. I think what these more or less instrumental post-rock bands do today was something not totally different from what we were exploring on that album, but it never got much attention and we abandoned the stuff already on the album after. But this whole bleak, monotone wall of sound and long instrumental parts, I think we were very early with that, maybe a bit too early, because I do remember the album was very misunderstood and rejected just when it arrived. People seemed to catch up with it two years too late. It’s also rewarding to see those bands taking much influence from the record and even a band like RAPTURE going as far as cloning it!"

The best producer in the Death Metal genre?
"Tomas Skogsberg."

The most underrated Death Metal albums from your point of view…
"CANCER – “To The Gory End” and “Death Shall Rise”." 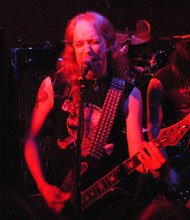 Anders, my last question is basically a typical fan question, but how do you come along businesswise with KATATONIA and all your related bands. Do you focus on making a living from your music or do you have a regular job? Isn’t it sometimes hard to be still inspired musically and coming up with new quality material in a constant period?
"Yeah, I’m trying to make a living out of it because it steals all the time in the world. At this point I could never find the energy and hours to keep a day job and at the same time be a creative force and be inspired to write songs, booking all the journeys and travel around and perform the songs live, do all the press, do all the artwork, maintain merch sales, staying in touch with the label and the industry and make sure all the business flows. As we don’t have a manager I’ve been mantling that role pretty much around the clock the last years and it’s burning me up. I like to be in control, but this is as far as I can take it. Hopefully, we’ll sign on with some great management in the future and put more emphasis on being just “the band”…"

Thanx a lot Anders for spening some time and dedication towards our interview request. Horns up!!! All the best to you and feel free to leave us with some final words or add something we might have forgotten!?!
"Just thanks a lot for glimpsing into my world. Hope you enjoyed it, I surely appreciate it. So, see you all around and cheerz!!!"