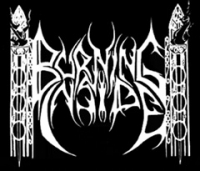 BURNING INSIDE is a hot new technical, yet very brutal Death Metal act hailing from Florida, consisting of members from ACHERON and DEATH / CONTROL DENIED. They recently released their debut album "The Eve Of The Entities" on the rising Polish underground label Still Dead Productions. Here’s an interview with guitarist Steve Childers for your enjoyment…


Even though BURNING INSIDE has already been around since 1995, it took you quite a while to release your debut album. So, what have you done all those years previously?
"BURNING INSIDE was formed in 1995 from the remains of two bands, PUBLIC ASSASSIN (Steve Childers, Richard Christy), and ETERNAL (Jamie Prim). In the same year we recorded a six-song demo. These were the first songs we wrote together. We then recruited Michael Estes, a former band mate of Jaime’s, who had been living in Florida trying to form a death metal band. Upon hearing the demo he moved back to Missouri to join BURNING INSIDE. BURNING INSIDE then moved to Florida with Mike, but Jamie was unable to make the trip. John Leighton replaced Jamie on bass and vocals, but things didn’t work out. Pulverizer Records offered us a CD deal and we used Mark Kohler and Andrew Harris of the band SARCOPHAGUS to record. Pulverizer never put the release out. Jamie moved to Florida in 1997 and the line up was completed. BURNING INSIDE played numerous shows and wrote a lot of new material. We have also done 5 tribute releases including MERCYFUL FATE, KING DIAMOND, JUDAS PRIEST,BLACK SABBATH and IRON MAIDEN It has been a long slow road, but has given us time to structure our sound and song writing abilities. We are looking forward to a follow up to "Eve of the Entities"."

Richard and you have been in a band called PUBLIC ASSASSIN previously. Could you tell us a bit more about them? What kind of style you played, if you released anything with them and so on?
"PUBLIC ASSASSIN was formed in 1989. PUBLIC ASSASSIN’s first 2 full-length demos were entitled "Death Bringer" and "Grey Man". In 1992, Richard Christy joined PUBLIC ASSASSIN. Richard’s recorded work with the band include "Raw As Fuck" (’92), 6 song self-titled mini CD (’93), and "Murdered", full length (’94). PUBLIC ASSASSIN was death thrash metal. Live shows included covers from bands such as VENOM, CELTIC FROST, DEATH, DEICIDE, SLAYER, BLACK SABBATH, RIGOR MORTIS (from Texas) and originals. PUBLIC ASSASSIN played all over the Midwest and in ’93 did a tour, which took them to Florida." 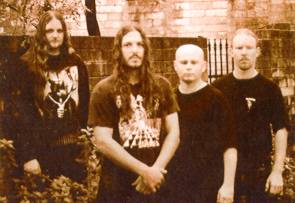 What actually lead to the end of PUBLIC ASSASSIN and the origin of BURNING INSIDE? And why did you go for a different name?
"Richard and I decided to start a new band because of differences with singer / bass player Greg Ponder. We chose a new name because it was a new band. Currently, Greg has a band called TRAGEDY. TRAGEDY plays brutal metal and old cover songs. All PUBLIC ASSASSIN demos are available through me for $5 each."

Members of BURNING INSIDE are / have been involved in other (more popular) bands as well. Could you tell us a bit more about that? Like who played in which band, how you ended up playing with them and if you are still involved in those activities?
"While living in Florida, Richard and Mike agreed to work with ACHERON for the recording of a full-length album called "Antigod Antichrist". They also did some festival shows with ACHERON. Mike went on to record and play live with ACHERON for a while, but ACHERON is no more. Richard joined DEATH / CONTROL DENIED and recorded and toured. I am sure you are familiar with DEATH / CONTROL DENIED’s work (yep! – Frank). BURNING INSIDE was maintained through all of this. BURNING INSIDE is outlet for our original writing abilities. I also play in a band called BLACK WITCHERY, which is in the hateful, barbaric metal vein. Jamie played bass in a band called CONTORTED for a while, also. We like to stay busy, but right now our main concentration goes to BURNING INSIDE. BURNING INSIDE would enjoy touring to back the debut album "Eve of the Entities"."

According to your infosheet you did one demotape prior to the album. What can you tell us about that? What kind of response did you get on it, which songs appeared on it, how many copies have been spread / sold and is it still available?
"The BURNING INSIDE demo is fast, technical, and brutal. It was a rush job and we just recorded every song we had completed at the time. Bill Bruce engineered at a 24-track studio. The payment was one subway sandwich and 2 cases of natural lite beer. The demo has a haunting sound and the response has been incredible since its release. People in the underground scene seem to like it a lot. I do not know how many copies I have made, but it is a lot. Song listings are: "Apparition", "Masque", "My Own", "Subject To Threat", "Chapters Of Youth" and "Salvation Surrendered". This demo is available from me for $5. I have had offers to put this on CD and we are thinking about doing it."

How did you hook up with the pretty new Polish underground label Still Dead Productions? Was Julius the only one who offered you a fair deal or what made you go with him?
"I hooked up with Julius and Still Dead Productions through the band EQUINOX. They told me about the MERCYFUL FATE tribute and we wanted to do a song for it. Richard and I consider MERCYFUL FATE to be one of our favorite bands. Julius offered us a very fair deal so we took him up on his offer and recorded "Eve Of The Entities". We feel we made the right decision. Julius is a true metal head unlike some of the people running so called underground metal labels." 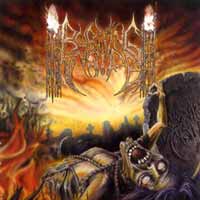 BURNING INSIDE also appeared on a quite a lot of tribute albums by now, which kinda surprised me a bit, cause you are still a new and yet rather unknown band to most people. And none of the bands that you paid tribute to is any close to your own musical style. So, how come you ended up doing all those compilations? Are JUDAS PRIEST, BLACK SABBATH, IRON MAIDEN, MERCYFUL FATE and KING DIAMOND among your musical influences?
"This shouldn’t surprise you because 90% of the bands on these tributes are newer bands. These bands that we have done tributes for have been influential to us. It is good to know that these influences aren’t controlling the bands sound, we are using their influence to write something original. We all like 80’s metal and early 90’s death metal. Michael Estes also enjoys YNGWIE MALMSTEEN and shred type metal and Richard likes some European power metal. Lately, I listen to: MERCYFUL FATE, VENOM, BATHORY, CANDLEMASS, PENTAGRAM, WITCHFINDER GENERAL, AUTOPSY, BLASPHEMY, Jon Carpenter, GOBLIN, Ozzy and BLACK SABBATH (’69 to ’81), early SCORPIONS, IRON MAIDEN, JUDAS PRIEST, SAD IRON, BLACK DEATH, SARCOFAGO, HOBBS, ANGEL OF DEATH, COUNT RAVEN, old SLAYER, old, DEICIDE, old MORBID ANGEL, RIOT, SORTILÈGE, B.O.C., URIAH HEEP, old YNGWIE MALMSTEEN, KING DAIMOND, CELTIC FROST, HELLHAMMER, GENOCIDE, EXCITER, KREATOR, DESTRUCTION, NIGHTMARE, FAITHFUL BREATH, EXORCIST, PILEDRIVER, ACCEPT, SAXON, HELLOWEEN, SODOM, RAINBOW, MOTÖRHEAD, old AC/DC, and MANOWAR."

How would you define your own musical creations? I suppose the term "death metal" does not completely do justice to BURNING INSIDE as it’s a lot more than that, isn’t it?
"It took me a while to pin down a label for our music. I like to call it dark, technical metal. Most people say we are death metal. We have been called Black / Death Metal and Speed Metal. We blend 80’s metal with early 90’s death metal and technical metal. When writing we try to use each member’s input. We spent a lot of time arranging songs."

You are originally from Missouri but relocated to Florida in 1996. So, I was wondering if the scene in Missouri isn’t strong enough for this type of music?
"Yes, we did relocate as I mentioned before. At one time Springfield, Missouri had a good scene. We made it happen by constantly playing out. There is still a small scene there made up of dedicated metal heads. We played our bigger shows in Wichita, Kansas, which is a 5-hour drive. There was also a good scene in Lawrence, Kansas. I don’t know what is going on there now."

Have you been able to play a lot of shows already? With whom did you already share the stage?
"We have played with several bands including HADES from Norway, IMMOLATION, INCANTATION, ANGEL CORPSE, DEICIDE, MALEVOLENT CREATION, ACHERON, KRISIUN and DIABOLIC, plus a lot of underground shows."

Most death metal bands try to limit themselves when it comes to their lyrical contents and stick to the gore, horror, Satan type clichés. How do you judge this? Are the lyrics equally important to you as the music? What inspires you in this department?
"I think it is ok to write about Satan, horror and gore. Those are three of my favorite subjects. BURNING INSIDE’s lyrics vary from themes of psychology and the occult to stories based on horror films. Jamie and Richard write most of the lyrics. I wrote the lyrics to "Engulfed In Flames", which is loosely based on the Countess Bathory story. I feel the music is of central importance to metal, although the lyrics play an important role. I am drawn to the darker side of life."

What are your plans for the near future, now that you finally released your debut album? Any touring plans for Europe in the making?
"As I mentioned earlier, we would like to play shows in Europe, Japan and elsewhere. We are currently working on new material. I would like to thank you, Frank Stöver, for this very metal interview. Stay evil and drink up. Anyone into man metal contact: BurningInside@netscape.net or Burning Inside, P.O. Box 300761, Fern Park, FL 32730, USA