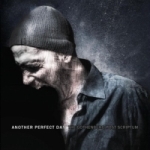 Melodic Death Metal from Sweden… those words are more than enough to make me run away as fast as the devil, while grabbing any other CD with more testosterone. The name is silly and the album title is well, like a description on its own. Formed by Kohle in 1993, and having released a few things, the band was on a hiatus until 2005 and it is now that the first album is released. Helped by session musicians, this project was given life. So, how it turned? Well, yes, it is a melodic Death Metal band, from Sweden (ehh, no – this is actually a German band – Frank)…a description that fits music that nowadays I try to avoid at all cost. The production is heavy, with up-front guitars and the main vocals are ok, not exactly generic, but not exactly incendiary. The main tempo is mid-paced, with some burst of speed here and there. Actually after a few listening my fear of being another Garbagenburg melodic band was a bit turning away… it has many elements of Heavy Metal, but that more of a progressive approach, thus making it sound entertaining. The band I was more reminded here was the mighty EDGE OF SANITY, with a let’s say similar way of composing. I found out later that Dan Swanö collaborated here with a few clean vocal parts, but even before I knew this, I was also making the same comparison. But whereas EDGE OF SANITY was balancing the melodic part with pure aggression, ANOTHER PERFECT DAY keeps it safe. So far the first part of the album is good quality melodic Death Metal forged in Sweden (Germany… – Frank) that still has that dreadful shadow of melodic Death Metal attached (or Metalcore as it seems now it is known). But something weird seems to happen for the second part of the album. A song like ‘The Great Nothing’ is actually a… gulp… ballad…a Heavy Metal ballad… which even as it is, sounds logical to the overall sound the band is slowly turning as the songs goes by. I started noticing some more “Metalcore” parts here and there and the vocals also sound a bit different, with more clean passages… also there are more acoustic interludes, and the overall level of aggression drops down considerably. So, in the end we are left with an album that seems to be done in two parts, one more traditional, the other more” experimental” or “progressive”. As an overall product is not that consistent to really say it is a good album, and while there are some great songs (especially those sounding like EDGE OF SANITY) it still seems that the band is not sure about its identity. I wouldn’t be surprised if they end up sounding like a progressive Heavy Metal band, vocals includes in following efforts. If this was an EP with the good (Death Metal) songs, I would recommend it to fans of the old school of Svensk Dods Metal. But as it is, I am afraid Metalcore fans will also dig it. www.myspace.com/apdmetal, www.s-c-r.de