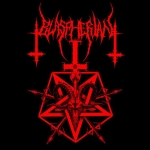 Nearly ten years ago, BLASPHERIAN began its crusade towards unholy deliverance. That might be a shitty pun, but rest assured the music is excellent and now available in its earliest form on CD. There are two demos collected on this CD: a rehearsal from 2005, and a promo from 2006 entitled, "Summoning Of Infernal Hordes". The 2005 rehearsal is rough and grainy, but never indecipherable. In fact you might say the fuzziness gives the songs a unique charm and sense of obscurity, especially on the vocals, which sound like an evil croak. Bizarrely the track list is backwards but the correct songs are there: ‘Curse His Name’, ‘To Walk The Path Of Unrighteousness’ and ‘Allegiance To The Will Of Damnation’. ‘Allegiance…’ is slightly different here than it is on later releases, but it is essentially the same song. Next, the 2006 demo, "Summoning Of Infernal Hordes" crushes the first rehearsal into a soft watery past. Once again, the track list appears backwards, but the correct songs are all there. Though I love the 2005 rehearsal, "Summoning…" is by far the superior recording. The sound is clearer without losing its bite, and you can make out more of what’s going on in the songs, including the bass, which was all but invisible on the last demo. Of the four songs on "Summoning…" two songs from the rehearsal, ‘Allegiance To The Will Of Damnation’ and ‘Curse His Name’ reappear, and two new songs, ‘Prayer Of Satanic Hate’ and ‘Crusade Towards Unholy Deliverance’ make their debuts. The older songs sound better and more detailed. The newer songs introduce a couple of different riffs. ‘Prayer Of Satanic Hate’ for instance, shows a NILE type riff and ‘Crusade Towards Unholy Deliverance’ has an awesome, evil sounding harmony going on. Most importantly though, "Summoning…" gives the listener a glimpse of the real scope of BLASPHERIAN sound. It is much more expansive and resonant and this causes the songs to sound upfront and close, not obscured and far off. As with any band it’s interesting to see how and when a band’s sound takes shape, particularly a band like BLASPHERIAN who, apart from different sound on other releases, have not strayed outside the mold cast on this rehearsal from 2005. Their music will always be dark, rhythmic, and satanic. If you like Death Metal, and you like to headbang, this is the kind of music you need (but you better hurry up, because this particular CD is limited to 300 copies only! – Frank). More information at: www.facebook.com/blaspherian, www.deathdivisionrituals.bandcamp.com