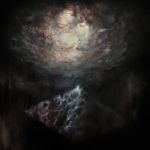 Since 2007, BLAZE OF SORROW have been creating their brand of music that fits in nicely with Viking Metal. Actually labeled as ‘Folk Metal’ by some, the heaviness of the music sort of stands away from that for the most part. And as you wouldn’t really expect Folk or Viking Metal in Italy, the band’s proven they know their stuff with six full-lengths. The newest release “Absentia” is a damn fine example of excellent musicianship and songwriting in the genre. ‘Settimo Requiem’ begins with some chants and thunder before guitars sway in with their sounds of olde. The vocals join in, and you can’t help but wanting to raise your ale in the air, throw your arm around the vocalist and sing mightily alongside him. If anything, the sound of BLAZE OF SORROW is much more Metal than Folk, and a little heavier than the average Viking style. ‘Furia’ is slightly more atmospheric and calmed down, yet still maintaining a powerful sound. ‘Sonno D’Eterno’ begins with acoustic guitars, before a solo explodes into the air, sounding like PINK FLOYD as played by a Metalhead. The vocals bark, the drums keep an even pace and the whole track meanders and stutters in a quite appealing way. The fourth track ‘Notturna’ is melodic in its delivery… beautiful, epic and mighty. ‘Hybris” actually contains some Black Metal – style riffs until the sea takes over and waves of Viking Metal smother the area. ‘Cupio Dissolvi’ is a mid-paced track as ‘Morte Di Un Immortale’ wraps it all up with an acoustic guitar that’s relaxing, atmospheric and gentle. “Absenti” portrays a band with confidence and experience. This is the album to listen to sitting on the oceanside, mug in hand, and maybe your hair blowing in the wind… a wind that’s controlled by the God of the angry sea. For more info, check out www.facebook.com/blaze-of-sorrow-230055827018200, www.eisenton.de