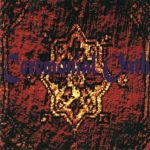 There are bands that bring back memories whenever you hear and read about them or simply enjoy their old classics every now and then. CEREMONIAL OATH is a band with a long and streaky history with several line-up changes in a short period of time and some (nowadays) prominent members over the years of their existence. After the release of their debut album “The Book Of Truth” via french label Modern Primitive, Jesper Strömblad decided to focus on IN FLAMES, while Oskar Dronjak worked on his project CRYSTAL AGE and both also have established HAMMERFALL with Mikael Stanne and Niklas Sundin of DARK TRANQUILLITY. Mikael Stanne helped out on vocals in IN FLAMES and Anders Friden, who was doing the vocals on the first DARK TRANQUILLITY album then joined CEREMONIAL OATH before finally joining IN FLAMES. Markus Nordberg and Anders Iwers also joined Mathias Lodmalm in CEMETARY for a while. Can you still follow? Yes, the Metal scene was small in the 90s and even smaller in and around Gothenburg, so it is pretty hard to say, who needs to be credited for these songs which finally got released in 1995 by Black Sun in form of “Carpet”. “Carpet” did not get the deserved attention as CEREMONIAL OATH was already history upon the release in 1995 and nobody really was interested in this project as IN FLAMES had their treasure “The Jester Race” to be released via Wrong Again Records (yes before Nuclear Blast grabbed the rights to re-release it in Europe) and DARK TRANQUILLITY got signed to Osmose, to gain more attention and release their second album “The Gallery”. In the meantime Oskar Dronjak focused on HAMMERFALL as CRYSTAL AGE was also put to rest sometime in 1995 (or maybe 1996). Ok, enough said and back to “Carpet”. It must have been 1995, when a sampler of Nuclear Blast found its way into my child’s room and brought me a track called ‘Dreamsong’ which sounded so great I wanted to hear more of this (to me) new style. Luckily a friend of mine bought the album and I was immediately blown away by the material. The opening track ‘The Day I Buried’ is Gothenburg styled melodic Death Metal at its best. Anders Friden already reveals his quality as vocalist and the twin guitars of Anders Iwers and Mikael Andersson are so damn good, really sounding like IRON MAIDEN on a Death Metal trip (just listen to the solo, this is more than perfect). Already here it is clear that CEREMONIAL OATH has been on a similar high level as IN FLAMES and DARK TRANQUILLITY. Very matured material and more than solid songwriting. The already mentioned second track ‘Dreamsong’ starts uptempo with another memorable hook and cool and audible bass-lines. Also the vocals once again are very fine and show, how good Anders was back in the days. And the solo and the twin guitars once again are their hommage to mighty MAIDEN. Worth to mention here is also the very solid drumming of Markus Nordberg, who was (and still is) pretty underrated in the scene. ‘Carpet’ is the next killer and has some vibes of early DARK TRANQUILLITY. A solid piece of Gothenburg history with pretty cool drumming once again. ‘The Shadowed End’ could easily have fitted onto “The Gallery” as well and shows, how close to each other the members of the mentioned bands were and how far they pushed each other to write better and better songs. The vocals sound like Mikael Stanne had influenced them. The solo is so damn brilliant that I still can’t understand why this album perished in the mass of releases. ‘One Of Us / Nightshade’ is a faster uptempo track which turns more melodic in the middle and again good screams and cool drumming and another fantastic solo. The Swedish folklore part with strings und flute is really well done and surely influenced by IN FLAMES . ‘Immortalized’ marks the end of the album. Here they incorporated some METALLICA influences into their sound and the mandatory cool solo. The song itself sounds like written by Jesper Strömblad, but as mentioned it is difficult to trace who needs to be credited for these six tracks. Enriched by their two solid cover tunes of ‘Hallowed Be Thy Name’ and ‘Disposable Heroes’ this re-release is value for money for all people not owning the first press or the re-release on vinyl by Night Of The Vinyl Dead Records. The only two wishes I have would be a full remaster of the material and a proper new cover artwork in the future as I really think the original one is awful. But the album itself stood the test of time and CEREMONIAL OATH and especially this album have not received the deserved credits back in the days. But nerds like me still love their legacy. www.facebook.com/ceremonialoathofficial, www.vicrecords.com