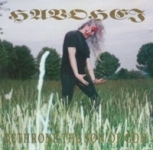 Amazing to me, that after all the time that has passed since this initial album was released on Candlelight Records back in 1993, that the quality of music that is present here has withstood the trials and tribulations of a feeble run organization as Candlelight once was. Coupled with an unacceptable first edition run, that was never promoted properly or had another pressing afterwards that I know of until 2004 by Supreme Arts Productions, and now again some three seasons later by the U.S. horde at Hells Headbangers. Sick, maniacal, Black / Death music that rivals bands such as ORDER FROM CHAOS, NEPENTHE / LIGEIA, and of course the more commercially known Christian desecrators of INCANTATION (of whom the creator of this band, Paul Ledney, once drummed). Blasphemic Metal that has outlived the passage of time, when only pure Death Metal meant more to the U.S. underground scene and its enthusiasts than anything. Quality Metal emoted with so much bile and utter disgust for of all that is holy and that which is posthumously hailed as righteous and spiritually good within the spectrum of religious orthodox. Quality Satanic Metal that unfortunately was ignored and bypassed by this writer as being just more average Black Metal stock that could easily be shoveled into the cut-out bin or the fireplace to keep the home-fires burning on a cold winter’s eve. Metal that should have been buried and forgotten and yet now has sparked a fever in my blood that can and will not be remedied. Contact: www.myspace.com/hav666 or www.hellsheadbangers.com