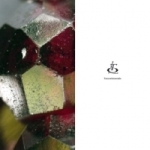 After the long and hard festival season the record companies have returned to the major task, which means releasing dozens of albums to be prepared for the coming festival season. One of the releases which really impressed me from the first minute was the second release of IN TORMENTATA QUIETE, an Italian act with nearly no creative borders. The album is offering 15 songs but half of the material are interludiums / monologues in their mother tongue which are not really helpful for a person with zero knowledge of this south European language. So the heart of the release are 7 songs which are raging from Black Metal to a wild variety of progressive influences – major creative influence is without a doubt SOLEFALD (during their "In Harmonia Universali" era) especially due to the fact that both bands work with a saxophone as additional instrument. But the band is offering such a fresh approach with several different singers (male / female) and a musical diversity which even the above mentioned SOLEFALD have lost over the last decade. I’m completely aware of the fact that the 666th DIMMU BORGIR live album will sell more copies than is fantastic release but quantity never tells anything about quality. This is another kind of underground release and everybody who loves music with edges should listen first of all to ‘Il Canto Del Mare’ – the middle part only based on saxophone and drums is just remarkable – you will never regret it. A great release and hopefully their label can support the band to a certain degree to prove this point. www.mykingdommusic.net, www.myspace.com/intormentataquiete