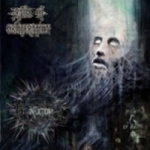 Recorded back in 2002, this is not the new album by Texas-based veterans Infliction, but their first effort, for the first time professional pressed and properly released by the strenuous Revenge Productions. Primarily given around by the band itself on CD-R, “Trails Of Obliteration” actually should be brought out on Hound’s TXDM Underground Recs. but that failed when the label ceased finally. Now you can grab it again thanks to Dani. Let’s switch to the music… What we get here is typically early Texas-style Death Metal. And that means not Devourment rule the place, although some groovy, slamming riffs can definitely be found here. Rather hints of Sintury, Prophecy and even old school bands come to my mind while listening to these eight songs. Infliction can truly be attested that they have a broad approach to Death Metal: flexible drum patterns, deep grunts as well as screams, varied guitar work, good solos, even an acoustic interlude can be recognized (in the 3rd track ‘Disinhabit’). No “frog noise” vocals, no blast beat contest from this five-piece, the focus lies more on diversified brutal but unfortunately somewhat unspectacular Death Metal. This also goes for the sound, ok but nothing outstanding or breathatking. Somehow this CD seems indeed outdated, not only because of the recording date, but this might be only my personal impression. I like this better than their second album “Denouncing The Flesh” though, and it is (was) a sought-after item nevertheless. More info: www.infliction.us, www.myspace.com/inflictionus