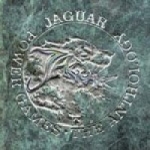 You know what, I am pretty ignorant when it comes to the vast NWOBHM domain. Of course, I know the big names but more than often I waited 20 years before being fully exposed to this musical movement, thanks in particular to the remarkable anthologies published by Sanctuary Music. It may sound incredible coming from the old Metalhead I am, but I doubt I listened to more than two JAGUAR songs back then (when I lived in Canada) probably broadcasted on my favourite Heavy Metal radio show (“The Metal Files” on CHOM FM, the old Montrealers among you would certainly remember this ). So the judgment and appreciation I may have towards JAGUAR are marked by hindsight and it is obvious I can’t share the enthusiasm of the people exposed very soon to their music. What I knew before discovering this anthology was this: JAGUAR invented Speed Metal, influenced METALLICA (but who didn’t?) and their second album was crap. Now, I know better because I listened to this 2 CDs edition with, let’s say, fresh ears. The first comment I have is that I perfectly understand why JAGUAR created quite a stir when their first album came out. “Power Games” today still is a pure Heavy Metal record deprived of most of the Hard Rock influences lot of records around back in 1980 – 1983 still had. But personally the music don’t move me at all, I mean the hooks are not there, the songcraft don’t do justice to the estimable capabilities of the musicians involved. In fact, I find out the early JAGUAR material featured here (their first 7″ ‘Back Street Woman’ / ‘Chasing The Dragon’ with Rob Reiss singing) far more effective, except maybe for the impressive ‘Prisoner’ which reminds me on EXCITER a great deal (to me the “Axe Crazy” 7″ is still their best release ever! Of course also featured on here – Frank). Don’t get me wrong, “Power Games” is an excellent album, but I simply don’t feel foam on my mouth listening to it in 2006 (like it is still the case each time I give “Angel Witch” a spin). To sum it up: “Power Games” is a sort of tamed down “Heavy Metal Maniac”, that’s it for the legendary status of this material. Let’s drift towards the “This Time” stuff featured here. Please note that some of the tracks form this album are replaced on this compilation by their BBC radio one versions, for reasons unknown. Don’t believe the buzz (leading a lot of people in the past to not even listen to the album): on “This Time” JAGUAR surpassed themselves, offering an ambitious twist in their inspiration, and gaining a lot of maturity doing that. It is true that some U2 influences are pretty obvious on “This Time”, especially the very The Edge guitar playing adopted by JAGUAR guitarist Garry Pepperd, but fear not, the album is a real Heavy Metal record (tainted with AOR vibes though), but simply more elegant and refined than the debut. Again I understand the shock value of such a record in 1984, especially after having released “Power Games” before. But with hindsight “This Time” is a very interesting album to rediscover (the same remark goes for the BLIND FURY album “Out Of Reach” which got – and still get, pathetically – flak from everybody, including the band members, for being not as heavy as SATAN “Court In The Act”, all this being bullshit if you ask me) and to re-evaluate. The reality is that “This Time” sounds fresh, even today and is not the utter catastrophe some people are pleased to make us believe it is. Now addressing the most recent material featured on this anthology, namely the “Wake Me” album first issued in 1999, let’s say we are not talking of the same JAGUAR at all music wise. The first track, with its annoying aggro vocals, makes me think of RAGE AGAINST THE MACHINE, an impression confirmed as long as the tracks stream one after the other. But I can’t say the final result is not enjoyable (the song ‘Junk’ being really interesting to hear for example, with its groovy chorus, while ‘Sucker’ put in mind an updated version of the stuff of old). Don’t ask me if this really well done anthology is essential to buy, of course it is. But keep in mind that the most important thing is to trust your own judgement, a lesson I learned myself in the long run, and thanks to that I discovered tons and tons of great music! Check also all the other Sanctuary NWOBHM anthologies (especially the ARAGORN one, full of unreal never released material), they are all value for money considering the huge amount of stuff they offer.