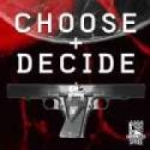 KILLING SPREE arose from the ashes of German ENSLAVED. They play kinda brutal (?) Death Metal with keyboards. My first association was SIX FEET UNDER meets DIMMU BORGIR. Ohh, I can almost see you run amok, harrharr! Well, maybe it’s not that bad. CANNIBAL CORPSE meets CRADLE OF FILTH? Anyway. Actually, their first song is pretty cool because of a seventies-keyboard-solo. After that one: no more surprises. Instead, the keyboarder very soon runs out of good ideas, just like the rest of the band. You want seventies? Better check out AYREON. That’s less Death Metal, of course, but they write truly good songs. The main problem I have with KILLING SPREE is that (maybe except for ‘Dawn’, the 3rd song) they don’t write (good) hymns or something truly memorable. I mean: what the hell do you use the keyboards for if it’s not for something completely drug-crazy or violently “mainstream” sounding? For that the keyboards are too much in the background. Still, they’re omnipresent so for those who hate that particular instrument, KILLING SPREE is definitely the wrong band. From song No. 5 on (or – if you will – from song No. 2 on) the record truly sounds cheap to my ears. Not so much the keyboard sounds but the song writing. At least KILLING SPREE have drive. Pretty groovy. Not really like SIX FEET UNDER, though. There might be a chance for them to make it big in the Death / Gothic scene with lots of support and constant touring but it’s definitely not my taste and it sucks my energy. www.killing-spree-cb.de