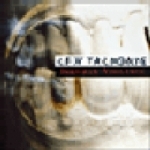 I have mixed feelings about this one as it turns out to be interesting but still imperfect at the same time. LEX TALIONIS are a French outfit and this is their first full length. Their label defines their music as cyber Death Metal and I think this description fits quite fairly with the content of this album. LEX TALIONIS remind me of NOCTURNUS a lot (especially on a track like ‘Wardomain’ for instance, where you could even swear that it is Mike Browning singing!) with the same concern for brutality mixed with melody, but without the complexity factor though. In fact, the major flaw of this album lies precisely here: each of the 8 songs on offer is somewhat one dimensional, that is based on one and one only idea repeated ad nauseam (listen to ‘Vengeance Bitterness’ or ‘We Burn In A Fire… But We’re Blind To Its Light’ and I suppose you will get my point), with the final result being the album lacks depth. Also the use of computer drums, while being logical considering the musical style chosen by LEX TALIONIS, somewhat stress the coldness and the dryness of “Inhuman Violence”. I am not too sure about the current line-up situation inside the band, as it appears that the recording line-up is not the same as the actual one, with only Pierre-Marie Reverdy (guitars and vocals) as a stable member. I certainly don’t want to give the impression LEX TALIONIS are a hopeless case, quite the contrary in fact, as “Inhuman Violence” has its moments, as proved by tracks like ‘Wardomain’ or ‘Calling The Dead Creatures Of The Infra-World’. Nevertheless I guess the band rushed things a little in order to issue a real album instead of a demo, and I think it shows here. To sum it up, certainly some maturity is needed before LEX TALIONIS could be a sure value. Investigate by yourselves is the only advice I can give you here.