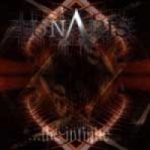 Honestly spoken, I think this will be a hard review for me, because “Intricate Astral Metal” (so tells the label) would never be the type of music I would voluntarily listen to, because this categorization simply does not give a single hint of what the music possibly could sound like and so does not catch my attention. In my opinion it is useless to invent new pseudo-original Metal categories that do not tell you anything about the music. My first thought when looking on the short information on this CD was that I asked myself if the NASA is getting into Metal or Aliens from outer space used their slimy tentacles to grab up electric guitars. What the fuck is “Astral Metal”??? To solve this riddle I put on the CD and came up with the following definition: LUNARIS (consisting of BORKNAGER, SATYRICON & SPIRAL ARCHITECT members) play Progressive Black Metal with some really weird elements. In ‘Si Vis Pacem, Para Bellum’ they use organs and samples and throughout the whole album you will discover keyboards, acoustic guitar parts, industrial sounds, programmed drums (‘In The Eyes Of The Heretic’), plus some clean vocals, the latter being importunate and bothering in my opinion. The Black Metal parts are comparable to newer SATYRICON or KHOLD and also SAMAEL, and definitely not bad (check ‘… Of The One’), they are cold, grim and not over-technical, but they lack of the darkness and intensity that raw Black Metal bands are able to deliver. The ‘unnatural’ elements LUNARIS weave into their “Intricate Astral Metal” sound fit and certainly create an original effect. Where the first half of “The Infinite” is relatively straight and conclusive, ‘Growth Denied’ and ‘Primal Construction’ are both a bit overloaded and the weak points on LUNARIS’ Debut. But towards the end it gets better again and the song structures return to the quality of the beginning. This CD will definitely never become my cup of tea, but if you are into the bands I mentioned above or fancy stuff like ARCTURUS or THE KOVENANT you should like LUNARIS too, I do not, but at least honor their creative approach and courage. So it’s up to you to decide if you like it the modern way or not, I will definitely return to my old school shit, because it is not so exhausting and only features three instruments instead of ten.