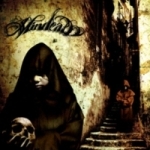 Not long ago, MINDEAD’s music would have received a good deal of attention. Far more, in fact, that it has likely been granted now. Their songs are, simply put, a conglomeration of the popularized extreme music that had such widespread airplay between the mid 90s and early 2000s. Whatever you wish to call the music, be it Nu-Metal, Hardcore or just plain crap, the fact that MINDEAD are gunning for a slightly older style and succeeding at it is abundantly clear. That is not to say that their music is good. It is not. One may argue the only reason they’ve done so well at emulating mainstream Metal’s biggest stars is the music is not difficult to master at all and does not require the same amount of thought that a band like INVIDIOUS or DEATHHAMMER would have to put into their songwriting.To put it bluntly, they’re a “Roots” era SEPULTURA clone with NINE INCH NAILS and some Industrial thrown in for good measure. Whether or not that is your genre of choice, MINDEAD have indeed done well in sticking themselves squarely in 1999. www.mindead.com, www.myspace.com/mindead