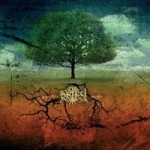 Since I received the promo CD of the previous album of the Lithuanian OBTEST, “Is Kartos A Karta”, I’ve had them in my personal Pagan Metal top favourites, together with PRIMORDIAL and DRUDKH, as the three bands represent all the different spectra we can see in that style. Without any doubt their announced new album for this year made me wait to see how they could evolve, and my expectations were really high, even if it was really hard to go further than the first album. Because of that, when I first put “Gyvybés Medis” in the player it was quite a deception, I don’t know why but the songs sounded too poor. The freshness and rage of its predecessor were not there any more. But I didn’t want to rush things up when it comes to doing a review of the album so I gave it a lot more opportunities (really a lot I would say). Don’t misunderstand me, they haven’t changed their style radically, they’re still playing what they do best, which is melodic Pagan Metal with a lot of Heavy Metal influences. But away from all that Power Metal influenced pseudo-Pagan bands, and it’s not necessary to mix them with that “scene” because of their use of melodies. In fact, on this new album the more blacker melodies are raising again, even if, in general, it is less straight than “Is Kartos A Karta”. Without any doubt, the most meaningful change is that they chose to use more variety, instead of focusing on fast and warlike riffs, giving the midpaced parts some more space as well as the atmosphere and vocal melodies (always the best of this band from my point of view). They haven’t forgot to include some tracks in the vein of their previous album, like ‘Sviesa’ in which the fast melodies make you think of ancient battles (and how they do it, frankly astonishing). But, they open the album with a more melancholic song, and throughout the album that’s the feeling you will find the most, a quite deep melancholy. But a strong one, no depressive feelings here, but the opposite. They remember the past like a positive search for something better, and without any doubt they transmit that to the listener like few bands I’ve heard. It’s difficult not to bang your head and sing their corusses. They haven’t changed the production too much. They’re still using a melodic guitar sound, a bit sharp, slightly blacker, but at a half way of both things, and really heavy drums, even if they don’t sound too high nor the bass drum looks like a steamroller, which wouldn’t arrange their music. Even though, the bass is more like it didn’t exist, and it would add a little bit more heaviness to the sound which wouldn’t be bad. Again, they have a luxurous artwork, just great for their style, and three different versions of the album: a jewel case CD, A5 digibook CD and vinyl LP. What else do you want? The Eastern scene is in shape and it’s time to support it. www.osmoseproductions.com