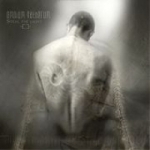 What a strange name for a band! OMNIUM GATHERUM from Finland are coming up with some fairly unique sounding melodic Death Metal. Being excellent musicians and skilled songwriters they’re less influenced by MAIDEN than most of the other bands in this particular genre. Track 2, ‘Son’s Thoughts’, reminds me a little of DREAM THEATER without those annoying ego-trips, though. OMNIUM GATHERUM avoid the traps most of today’s Melodic DM bands fail to recognize. Consequently, these guys must not be labelled as being IN FLAMES copycats under any circumstances! I hope their upcoming debut album (scheduled for early 2003) holds the same high level. Until then: get this mini CD as it will be sold for the price of a single, just like the mini CD of their label mates FOREST OF SHADOWS! Out on the 28th of October 2002. www.saunalahti.fi/wanhala/OG/