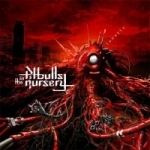 You can’t deny the truth that the French extreme Metal scene has born a more certain sense of quality within the last few years and when I think of modern ways of the extreme it’s obvious that acts like GOJIRA or SCARVE have a certain kind of new breath. In the same row stands this quintet from one of the suburbs of Paris. If you have an open mind and not a close narrow basic of how Death Metal should sound like than this band will defintely bring something to discover in their technical but also atmospheric packed creations. Expect some psychedelic prog elements, like ATHEIST did long time ago, but packed in a more new, groovy and tight songwriting that could be touched more with a neo Thrash FEAR FACTORY sound. The biggest Death Metal impact have the vocals which are more brutal US shaped. Sure they deliver brutality, but for some parts a bit more variation could help the band to get more depth within the tracks. Productionwise you have to dig clinical types of drumming, cause some kind of doublebass or technical arrangements have a machine like touch. Personally I can’t stand those high tuned snare that much, but don’t get me wrong, it’s not a bad production. I just miss a bit more nature in it. But on the other hand with that sound, mastered by the one of the French leading soundfreaks Jean Pierre Bouquet (LOUDBLAST etc.) you can defintely blow your speakers. PITBULL IN THE NURSERY for sure did a good job in delivering their debut (!) album and there’s a good seed growing in that band, which is definitely worth to check if your Death Metal horizon is open enough. But hey, don’t be afraid. Those French lunatics don’t have that trendy core touch, Ha! In my eyes actually one of the real inspired bands on the current Black Lotus roster. Take a listen at: www.pitbullsinthenursery.com or www.black-lotus-recs.com.