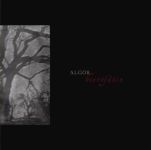 Second album of this Eastern European band, which reminds me of a more modern sounding version of MASTER’S HAMMER, with some subtle touches of symphonic Black Metal à la mid era DIMMU BORGIR. But wait, do not run in fear thinking the band sound sterile and plastic… no. The balance is more in that eastern European Black Metal tradition of a very unorthodox Black Metal style, with that raspy vocalization, and the obvious use of melody which still mixes in with heaviness and a very characteristic Black Metal sound of old. There are obvious references to VENOM, MOTÖRHEAD and early BATHORY just as if this band was doing it in 1989, but with an obvious way better production values. The use of keyboards and effects might be a little too much for my taste, but again they still do it with more intelligence than your average melodic Black Metal bands. Also the aesthetics of this release are far less your average corpse-painted image they had on their first album, so I can only take it as a sign of progression. The final result leaves a very good lasting impression and the ghost of more sterile bands is soon vanished by the corpse of a greater morbid art. www.algor.wbl.sk, www.hexencave.wz.cz