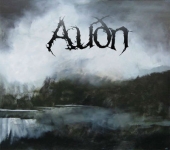 The is the debut album of this atmospheric Black Metal band from Iceland… a small place almost isolated from others, but the world is surprising in many stages… and music is one of them. For such a small population compared to other places, they surely do have a lot of Metal acts, and I must say that what I have heard are mostly quality ones. This band is no exception, they have a very atmospheric style of Black Metal, perfectly captured with a great production, and I can hear some old school Doom Metal influence, this is more up-tempo, has some sort of dramatic vibe. Although some will claim they have some sort of Post Rock influence in their music, and that might be true, but I will also say they have a good ear for infusing some slight Prog Rock influences, even some classical influenced arrangements, and a very heavy and emotional guitar sound. I was expecting some clean singing to occur at anytime, but not for now. And believe me, if in future works they use it, it will not be out of place. If there is one band I am thinking of that has the same effect it will be to the debut album from OPETH, and although there might be some differences, a slight flavor of the same quality remains in a similar way with both bands. Great album and also a great future ahead. www.facebook.com/audnofficial, https://audnofficial.bandcamp.com, www.metallic-media.blogspot.com, www.satanath.com