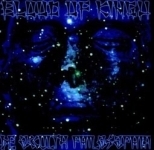 In every Metal heart there is a place for a special record which is due to several reasons something like a gateway to a new style/area of Metal. My special record was GORGOROTH’s “Antichrist” which showed me how dark but also how beautiful the dark abyss can be. If I listen nearly 13 years later to BLOOD OF KINGU’s debut “De Occulta Philosophia” these feelings return and to be honest if I would not know for sure that during the last seven months Infernus has other problems than immigrating to the Ukraine and recording a new album I would think that after the split of GORGOROTH this must be their / his new record. BLOOD OF KINGU is consisting of former HATE FOREST members and lyrical their Black Metal art is based on Sumerian and old Egyptian Cults, musically they play pitch-black true Black Metal on the highest possible level with especially great guitar parts. “De Occulta Philosophia” is a very good album, which shows that even in 2008 the true Black Metal Cult is still alive (but today maybe more vital in other countries than 15 years ago) and if BLOOD OF KINGU can improve their drum play to a little more variety we can expect a true classic next time! www.supernalmusic.com