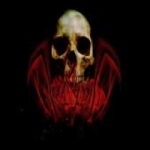 When was the last time you heard any Danish Death Metal? Out of Elsinore, Denmark hail this mighty quartet of Death Metallers, and not since the days when the guys of INVOCATOR were toying with MACERATION or their fellow countrymen broke out with bands like DEFAMATORY, MORDOR / EXMORTEM or INIQUITY, and were out kicking skulls on a regular basis. Has a brand new band from this tiny country decided to pick up the reins left over from that bygone era and thus have created some of the most hard driving and assuredly tasteful underground Death Metal heard since. Three original tracks plus a short intro recorded in a local hometown studio are included on this semi-professional demo CD release. Coincidentally BLOODSPOILED are playing their first show tonight in Elsinore at the Rockhalvoen as this review goes to print, and shall be appearing at the Helsingorfestivalen during the 9th through 11th of August, 2007. Those that can make either of these shows ought to. If the quality level of material from this CD of BLOODSPOILED is of any indication to their live show I am positive you won’t be disappointed in the slightest. Contact: Caspersabinsky@hotmail.com or www.myspace.com/bloodspoiled or Lana Casper Sabinsky, Fredericksberg Alle 11 B 3 Tv, 1621 Kbh V, Denmark