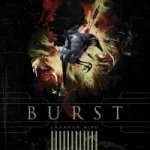 No amount of speculation may ever explain why a band like BURST could ever fall so far from grace. Originally a Hardcore band from 1993 to the mid 2000s, BURST never played Metal per se, but one would assume that they weren’t anything to complain about – until now, as a Metalcore band. It’s interesting to note that these men have found their personal tastes in accordance with the new fashion, like the singer for DEVILDRIVER, but truly, if a band is capable of jumping ship so quick into a trend, how serious was the band to begin with? Metalcore is nothing but histrionics; Abercrombie and Kerrang thrown into one cheesy bundle. From the band’s perspective, it’s an exciting new way to experiment with Metal, but for us it’s a sign of the end times. Everyone needs variety, but no one needs bad music. www.myspace.com/burstrelapse, www.relapse.com