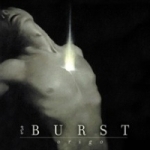 There is a small edge of progressive music that lies between 70s Prog Rock, Melodic Death Metal and complex Hardcore structures where some interesting bands find their own balance by creating something fresh and original beyond narrowminded genre-thinking. MASTODON, THE DILLINGER ESCAPE PLAN, NEUROSIS and ISIS are bands that have created their own musical universe on that mentioned edge and have fans with the most different musical backgrounds. Sweden’s progressive Metal Core heroes BURST could be the next big band in that line with their new release “Origo”. Compared to their last release “Prey On Life” they undertook exactly that kind of intellectual progression I expected them to take: the structures got more complex, they added more melodies to their sound and the singer integrated clear vocals into his repertoire (which he did quiet well!). You get lots of open accord-riffs ISIS and CULT OF LUNA use on their aggressive tracks, great MASTODON like Metal parts with heavy twin-guitar melodies and beautiful melodic parts with well arranged vocal lines (OPETH could be mentioned here), without sounding too flowery. All mixed with the typical BURST style to get an individual music-cocktail. So far so good. But somehow they do not unleash as much pure energy as they did on “Prey On Life” or their debut EP “In Coverting Ways”. Even the vocals are not as aggressive as they could be. It seems that BURST went away a bit from stomach music to head music. Still it is a great release but it is not easy to get into it. But these guys from Sweden are worth the effort and they give you a helping hand: there are a lot of great acoustic and melodic parts to rest a little while and to relax before they throw you again into the vortex of complexity through dizzling musicanship and highspeed attacks in the vein of melodic deathers DARK TRANQUILLITY. “Prey On Life” was more juvenile agression, “Origo” is more mature but still not calm. Somehow comparable to the progression THE DILLINGER ESCAPE PLAN had from “Calculating Infinity” to “Miss Machine”, without sounding like TDSP at all. Personally BURST’s first two releases touched me more but I see “Origo” as a forerunner to their next release: I guess then they will have found themselves and make their point on the edge of modern progressive Metal. Until then we let us fall into the vortex of “Origo”. www.relapse.com.