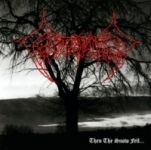 Swedish CAUTERIZER is a quite unknown band among the classic ones from the early nineties. They just released the demo "Then The Snow Fell…" and a year later American Wild Rags Records re-released this demo as a cassette-EP. All of a sudden they disappeared without even getting a real name in the underground. I have to admit, even as I was a heavy tapetrader in those years I can’t remember that I have heard from CAUTERIZER back then. Shame about me, I know, haha! Now Blood Harvest took care of this old recording once more and finally I have to recognize that I missed something in those days. This demo is a nice gem of old school Death Metal in the Swedish tradition. I don’t care that they were not really outstanding or original, but what they did is done with class. The most amazing detail on this recording are the deep and powerful vocals of their singer Gunnar Berglind – a man with such a voice should appear on other recordings. Well, probably he did and I missed these recordings, too… I often wonder how many great recordings were released back in the early nineties in Scandinavia, and a recording like this, dated from 1992, is another prove that there are still more recordings left to discover from those great times. To summarize the facts: 4 songs of Scandinavian Death Metal, a little bit comparable to a band like GOD MACABRE (especially because of the vocals) minus their melodic guitar solos, recorded back in 1992, with a great sound, amazing vocals and released as a seven inch by mighty Blood Harvest Records from Sweden. Check it out if that’s your brand of Death Metal, I’m sure you won’t regret it. I have no information if this release is limited, but I suppose it’s another 500 pieces edition. Better hurry up! Check out www.bloodharvest.se.