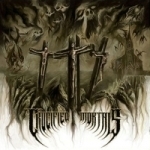 Finally a Thrash album that has it all! This US quartet, founded by former NUNSLAUGHTER bass player Craigh Horvan, has released a load of demos and splits before presenting their selftitled debut. Since it’s released on Hells Headbangers you’ll know what to expect and it turned out better than expected! What makes it such a cool record is that all songs possess the old fashion abilty to contain head and tail. Not the overkill by blind aggression or speed or an over the top worshipping ode that mostly fail to sound genuine. Even though you’ll clearly hear SLAYER, SODOM, RIGOR MORTIS, HOBBS ANGEL OF DEATH and like similarities even if you’re deaf, it’s done with such a control, balance and purity that I won’t accuse them of plagarising. On the contrary, it’s great because it feels like it’s from the good old class. Another strong point is that it’s free from any Black, Death or Heavy Metal pollination. Craigh’s vocals show a real natural brutality. The effective riffing done by Craigh and Zack together with the vintage production done by Chris Keffer at Magnetic North Studio. Considering both (have) play(ed) in NUNSLAUGHTER, you’ll know these guys live this and put their heart and soul in every note. One small remark is that it sounds a bit the same in the end and that people would demand more aggression shown here. Still it’s strong enough to go without and all ten tracks (+ one intro) will have your brains plashing in your skull from the very first moment. People who still worship classics like “Ritually Abused”, “Rigor Mortis”, “Realm Of Ecstacy”, “Eternal Devastation” can pick this up without hesitation. For more info and clips, visit www.myspace.com/crucifiedmortals or www.hellsheadbangers.com.