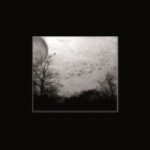 4 tracks of sinster, dark and melancholic Black Metal is what the German one man band DEATHGATE ARKANUM is delivering with the new release "Seelen". ‘Tremor I – IV’ takes us on an atmospherically and rather disturbing journey of grey darkness and negativity. Sonic landscapes are built with atmospherically guitar riffing, icing and sweeping chords intertwine into the rumbling and rather chaotic backbeat laid down by the drums. Spiced up with eerie and apocalyptically synth and effects. The grim rasping vocals from hell drags the listener into the void and create chills, a powerful and disturbing vocal performance that brings intensity and drive into the rather, at times, introvert music. The music on this crisp and heavy sounding LP is soothing, when in the right mood, disturbing when in foul mood. A journey through emotions, at times laid back and eerie, at other times intense and frightening and last though not least droning and introvert during certain periods. S. has composed strong and addicting tracks that are a perfect soundtrack for these cold and mysterious winter nights. It took me a little while to dig into the center of the music, though I got there and became convinced of the music’s qualities and power. More info at: www.noneshalldefy.de, www.amor-fati-productions.de