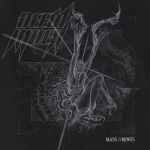 DEEM INDEX are from Arnhem in the Netherlands and till now, they had released two self-distributed EPs since their foundation in 2005. “Mass // Minus” is the second EP from the melo Death act and while listening to the six-track EP, it quickly becomes clear that the band is carrying over their influences of straight melodic Death Metal with a Gothenburg flair, which fortunately is quite often the case throughout the 26 minutes. The initiation with ‘Scale Of Content’ sounded awkward, however with ‘Monologue About Violets’, the band quickly entered their style with lots of catchy riffs and harsh / clean vocal tradeoffs that can appeal to different Metal genre fans. From there, in principle, most of the other works on the properly produced “Mass // Minus” EP is otherwise okay. ‘Vortex In Slow Motion’ and ‘Three Stones Back’ are possibly the most strong works among the whole record. Playing them live may work well and will be good for expanding the setlist. At the end, despite some fancy riffs and groovy melo Death passages, that won’t be enough to make a lasting impact in the densely populated area of ​​melodic Death Metal. However, their catchy guitar approach that leans to earlier IN FLAMES and a vocal delivery that leans to DARK TRANQUILLITY, may appeal to fans of the respective acts. Explore more about the band at www.facebook.com/deemindex.