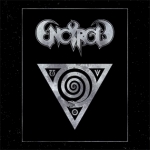 Even without hearing the band, I knew they would be playing some sort of Heavy Metal, just for looking at their cover art. Ah, that brings back a time when a cover art was important as a first impression. Ok, although they are not exactly traditional Heavy Metal, as they are more in the pure Speed Metal realm, they have a strong old school Heavy Metal approach. ICED EARTH is the band that comes to mind first when listening to this album, the debut for five men of Denmark. Then for some reason they also remind me of those lost and infravalored Speed Metallers of REALM. There are a few riff that have a HELLOWEEN-esque touch, when those Germans were the masters of Speed Metal, circa their debut album. Vocals are good, maybe that is a place where things could be better, but as it is, I am ok with it. By the way it seems that the vocalist is out so maybe the future brings something better. While listening to this some bands that also come to my mind are DESPAIR, NOCTURNAL RITES and STORMWARRIOR. Heavy / Speed Metal bands like this are quite rare, because usually they go the more commercial Power Metal route, but one can notice the band is not playing that much with melody for the sake of doing a cacthy song; no, they rely on old Heavy Metal tricks that makes MAIDEN and PRIEST to be what they are: riffs and riffs. Their style is way more akin to the old German Speed Metal bands, but the whole mixture comes out quite interesting. And there is no use of keyboards here. That gives them extra point in my book nowadays. Also quite interesting they did an almost Grindcore part in the song ‘Bloodbasker’ and still mantain their style intact. Oh and their lyrics seems to be more “brutal” for what one would expect from a Speed Metal band, and that is also fine for me. At times I sense some epic feeling in the whole album. This is surely to turn some heads and might find its way in many top lists. I expect great things in the future, but for now, this is a killer album. For all additional information check out: www.facebook.com/encyrcle, www.unspeakableaxerecords.com