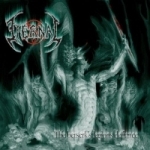 Sometimes, things go way deeper than what they seem to be. Never let appearances and names to fool you. On first sight a band with the name ETERNAL and the tag brutal Death Metal was more than a proven recipe for disaster. For chaos. For a damn bad album. That’s what I thought. Without even listening to the band. I mean, come on ETERNAL? How many bands are with that name? Ok, yeah, we have an IMMORTAL which is pretty much like the same in terms of meaning of the words (it is just that the IMMORTAL was once born the other, has been there forever…) So… so… I was going to skip this one in short bursts to really fall into my theory of it being another band of brutal cheesy Death Metal. And on the first listen, there were many parts that were, yes, brutal Death Metal. BUT… BUT… yes, I must add… I was WRONG! ETERNAL besides having a really silly name (I mean come on in the 80s that would have been like ok, to have that name, and even then, it does sound like a flowery Power Metal or a goth band) is a powerful 4 piece band from France playing a ferocious style of very brutal Death Metal, in the INCANTATION, IMMOLATION, MORBID ANGEL style, with a deep and heavy production, full of guitars, deep cavernous vocals, still not that frog-noise like, but that could use a bit more of variety, and some interesting melodic interludes and solos. But it is played with passion and in a very fierce way. Being a European band playing this style of US based Death Metal, makes them a bit strange this days. There are quite some brutish Death Metal bands in Denmark, but not that many in that style in France. ‘Yog Sothoth’ could easily pass as a MORBID ANGEL song. Where the band shines in blasphemy is in fast songs like the killer ‘Tetragrammaton’, which is in fact more akin to the aforementioned IMMOLATION. Based on the song titles, there is a strong and occult theme in the entire album. I had to play this one many times to sink in it more and more, and it does grow on you… like a curse… like a plague. The cover art for this one piece of occult Death Metal is also pretty much in formation with the main idea, with a greenish like devilish figures rising from the ground and the evil looking logo including of course an inverted pentagram. Also it is me or sometimes this also recalls some of the fury found in South American death metal bands? With a touch of melodic black metal to spice things up… yes, at the end, I can pass the lousy name the band has chosen and put them as one of the top contenders for what real brutal occult Death Metal is all about. Now, please change the dreadful name, add some more variety on the vocals, forget about sounding like your idols, and DO NOT I repeat DO NOT get rid of the obscure melodic interludes… that closing song ‘Eternal Conviction’ does really stand out as the best track here, and it is surely something of the BEST things I have ever heard in that style in my life. If that is any indication of where they are heading, they might reach that dreadful eternity thy are aiming to… www.myspace.com/eternalberserk, www.obscuredomain.com