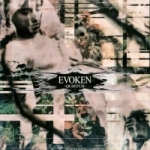 After millions (well, almost…) of tribute albums, the California based Dwell label finally comes up with another new “real” release. And what a tough one… This seven song record by Americas EVOKEN lasts about an hour – but to me it somehow seemed three (or more) times longer! The band delivers incredibly slow, ultra Doom / Death with almost no variety when it comes to tempo changes. Everything gets performed quite menacing sounding, in an almost monotonous way, partly with some early MY DYING BRIDE – like cello parts, but never to the friendly extent that it would prevent depressed people from committing suicide. This is more like the ultimate soundtrack to Armageddon! Really heavy and extremely one dimensional! Not my cup of coffee at all, but Doom Metal die hards who don’t mind deep grunted vocals should maybe give it a listen.