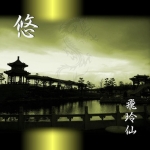 It`s been quite a long time since this Japanese trio released its debut album, a felt eternity if you ask me. It was 2008 when their solid eight track long player “黎” (Rei) hit the stores. A marvelous Metal disk which was able to convince me in every aspect. So I was extremely excited how the new material of FEI-REI-SHEN would turn out. To make it short: it was worth the long wait and this great band hasn’t lost anything of its magic throughout the years. They stayed true to their quite unique style and just refined it. The nine tracks (incl. one instrumental intro) of the new effort showcases all the class and strength this talented outfit has to offer. Their music is powerful & heavy but mystic and epic at the same time. These Nippon Metalheads, who hail from the Hyogo prefecture, come up with great songwriting and a passion for details. All tracks are worked out extremely careful and are executed in a perfect manner. Axeman Taiki, blessed with unbelievable skills, shreds as there would be no tomorrow and delivers some awesome riffs and killer leads. Another guitar hero who keeps the tradtion of really awesome six string virtuosi from Japan alive. But his style of playing is always in favour of the individual song and not to please his ego only. One of the distinguishing marks of FEI-REI-SHEN are without any doubts the pleasant and enchanting vocals by female singer Rinko. Her vocal delivery is stellar and lifts all songs, which deal about ancient Asian history, to the next level. The production of “Yuu” is decent and it is ok for an independent release. Of course there’s still some space for improvement to come up with a little bit more punch next time. Neverheless the sound is ok and at least it sounds more natural than all these clinical overproduced releases these days. If you have a soft spot for Japanese Metal and like to discover and support some promising acts then you should check out this fantastic band. Even more if you are already familiar with ONMYO ZA as this killer squad comes closest to the sound of FEI-REI-SHEN. For more info don’t hesitate to check out the band’s website at www.hi-net.zaq.ne.jp/feireishen