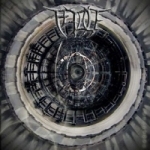 The debut of northern German FETOCIDE is also the first release on the new label Obscure Domain Productions run by Hacker and Sönke from Unholy Terror and Endzeit Zine. Besides coming up with selling points you can’t argue with (hehe), one is provided with a piece of interesting modern Death MetaI. Having improved vastly from their demo (which was recorded to look for new members anyway), FETOCIDE now present nine brutal tracks leaning towards the technical side of American Death Metal. This sounds like nothing new under the sun, admittedly, and it isn’t but the band is quite versed in balancing speed with grooving midtempo passages and details like effective drum rolls, partly disharmonic riffs and atmospheric leads adding up to an enjoyable and personal sound. Newer CANNIBAL CORPSE as well as NILE (in some leads) and of course MORBID ANGEL are somehow influences which are audible to varying degrees. The overall impression is a bit more hectic than these acts are due to the breaks and riff changes in the songs. In another review I saw the band being compared to DERANGED which gives a good hint as well yet the soloing and the overall slightly progressive / technical riffing is definitely giving the material on “Redefine” a different, more varied edge than the Swedish brutalizers. The vocals are deep and throaty with exceptions of very few screeches and one spoken David Vincent-like part in the final track. Considering the fact that the band produced this record on their own, the clear sound is satisfying enough, even though the guitars and drums could sound a bit thicker but that is nothing which seriously collides with the impact of the songs. Definitely a band to check out if you are into the newer generation of Death Metal like for example DEADBORN or north american styled Death Metal with technical overtones in general! The songs ‘Lies’ and ‘Displaced Exaltation’ can be downloaded at www.fetocide.de so go there for first hand listening impressions. Label: www.obscuredomain.com.