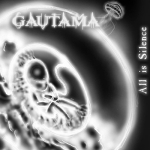 "All Is Silence" is a surprising and absolutely cool release at the same time. I guess most of you out there wouldn’t expect such an excellent album from that part of our globe where GAUTAMA hails from. The four piece, which is probably named after Siddhartha Gautama (aka Buddha), has its headquarters in Noumea / New Caledonia, a group of islands in the South Pacific East of Australia which belongs to France. The band, which was established in 2008, really doesn’t need an exotic bonus as the music of these four Metalheads speaks for itself. The horde comes up with an interesting alloy of mainly Thrash Metal with a slight touch of Metal of Death. Just imagine a cool mix of Thrash in the vein of HOLY MOSES (mainly because of the style of singing) and (new) SLAYER, a slight brutal grinding edge of slow NUCLEAR DEATH, massive riffage à la PANTERA, EXHORDER or new SEPULTURA (for the modern approach) and a few experimental / twisted elements to make the stuff more unique. Especially the harsh and aggressive vocals of front woman and guitarist Cloe revives the good old Sabina Claasen or (less insane) Lori Bravo days. Very well done. The sound quality of the ten technically very well executed tracks is surpsingly good. I have to admit I have never expected such a decent production. But when I read in the booklet that the final mix was done in Sweden the penny finally dropped. If you are into real underground gems with punishing, heavy and intense music then "All Is Silence" is definitely something for you, even they are not the most extreme out there. But your heads will be shaved by solid chaos and brutality. The only negative aspect I have is that some tunes turned out maybe a little bit too long and could be done more crispier and straighter too the point. But that’s already lamenting on high level. So don’t hesitate to check out interesting tunes like the wrecking ball and opener ‘Ebony’, the cool ‘At The Gates’, ‘Shanti Land’ with its kind of experimental tribal parts, ‘L’Ashet’ or the almost ten minutes long title track. For more infos you can visit the band’s site at www.facebook.com/gautama.nc.