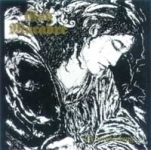 How to start a review for a release like this? To be honest I should say that when talking about a classic, and that’s what I consider “The Winterlong”, everything should be said, but, damn, that’s not the case for GOD MACABRE. They had and still have a huge name in the underground, but I have my doubts that everyone who’s talking about GOD MACABRE or MACABRE END really owe one original release from them. The MACABRE END demo was released in about 100 copies, the 7″EP “Consumed By Darkness” (still one of the best 7″EPs ever) probably in 1000 copies, the original release of GOD MACABRE’s “The Winterlong…” (recognize the slightly different name here) through MBR Records might probably not reach 1000 pieces and I’m not sure if the re-release through Relapse Records was printed in more than 1000 copies either. So how the fuck can so many people say that they know GOD MACABRE, after all you have to subtract one copy each as it’s me who owns them, haha (ok ok, I don’t have the original demo tape in my collection, fuck!!)! No serious, for sure tape trading helped them a lot to spread their name around and knowing 2 of the guys (Ola and Jonas) a little bit now I’m more than sure that they can deal pretty well with it. They most probably never saw one single cent for their releases and I’m aware of the fact that this first-time-ever vinyl release won’t change that, still I’m sure the guys behind GOD MACABRE are very proud of this version of this classic. And yes, they can be very proud and Rodrigo from Blood Harvest should be proud, too, as finally someone took care of this gem of early Swedish Death Metal history to end what began with the recording of these songs in Studio Sunlight the 18th, 19th and 27th of December 1991 (29th of September 1990 if we are talking about the added bonus tracks from their 7″EP “Consumed By Darkness”). As I said in the beginning, this is a true classic, a classic in the history of Death Metal if you ask me. I implicate this record with records as “Left Hand Path”, “Dark Recollection” or “Like An Ever Flowing Stream” and without a doubt it’s the only way to say this record is essential to know for each Death Metal fan out there. The Sunlight sound captured the true spirit of their brand of Swedish Death Metal in a magnificent way. The songs, typical Swedish Death Metal on one hand, but nevertheless far too outstanding to compare with the likes of ENTOMBED or DISMEMBER. The musical direction might be more or less equal, some the riffs could be from one of their records, too, but adding this gloomy atmosphere with hints of PARADISE LOST, these fantastic, hardly heard before melodic guitar solos and these brutal vocals which only Swedes can create made them outstanding and unique up to this very day. This Blood Harvest release is the vinyl version of the re-release through Relapse Records, which means that we are talking about the remixed recordings at Speed Ball Studio the 5th and 6th of December 2000 were the keyboards of the original release got replaced and played with a mellotron. The songs overall are the same as on the Relapse release, which means that you find here the remixed 5 songs including the 2 instrumentals ‘Teardrops’ and ‘Lamentations’ of the original MCD through Mangled Beyond Recognition Records and the 3 songs from the “Consumed By Darkness” 7″EP released through French Corpse Grinder Records. The layout is still the same as on the CD versions and more or less equal to the Relapse release, but finally the cover painting got the size it deserves. A pity that this guy called Mark Franson hasn’t done any other paintings for Metal recordings as far as I know. Of biggest importance is for sure the music and there are no negative things to tell here either. I think there is no importance to write about each song as all of them, also (some could call “especially”) the demo tracks, are without doubts among the best you can get from a Swedish Death Metal band EVER. To pick out some songs I could choose to talk about the groovy tunes in ‘Ashes Of Mourning Life’ (does anybody remember VOMITORY’s cover version?) or the amazing ‘Spawn Of Flesh’ which are totally outstanding and would suit bands as DISMEMBER just perfect in their discographies, too. Talking about the original recording the best is yet to come and that’s ‘In Grief’ which I would consider as one of the most outstanding Death Metal songs ever released. Again we have the brand of Swedish Death Metal with awesome riffs, dark and brutal vocals here and a perfect ending perhaps a little bit similar to ‘Left Hand Path’, but a question to all of you who already know this song: have you ever heard a more beautiful guitar solo on a Death Metal song than in this song? The last 3 tracks on this vinyl are from their “Consumed By Darkness” 7″EP and not less outstanding than the songs which you could hear before. ‘Consumed By Darkness’ might be one of the gloomiest and most dark songs ever recorded. Hm, this review turned out far too long if you ask me, one sentence should have been enough: buy this piece of vinyl as long as it is available, otherwise you will regret it. Available from www.bloodharvest.se.