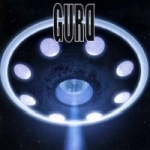 GURD? What’s GURD, aah, it’s “Drug” backwards, very funny, GURD makes me think of the good old Frank Zander song “Hier kommt GURD”, haha. Ok, I know it was an awful joke, but let’s talk about the music. I’ll try my best to be kind with this CD, because years ago when I still listened to US Hardcore and Crossover (when I was 12 or 13, I think) I liked GURD at least a little bit. Nowadays I personally can’t stand this groovy modern Metal, but anyone who loves it should like the newest effort by Swiss GURD too. “Encounter” is certainly music for the all the Alternative / Nu Metal Discos around the world, songs like ‘A New War’ or ‘Control’ should make the kids go wild on the dance floor! Here and there GURD implement some Thrash riffs (e.g. in ‘Fangs’ and ‘Decision’), which puts them more and more into the MACHINE HEAD section, but anyway I can’t tell you much more about this CD, because I’m rather unfamiliar with anything that’s “Nu”. If you like it the modern way, check it out, if you’re old school – laugh at it!