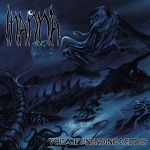 After a decade, Chilean Death Metal powerhouse INANNA has released their much anticipated third album entitled “Void Of Unending Depths” via Spanish premier Death Metal label Memento Mori. And I can tell you, the wait was well worth it. First, I need to mention their previous albums. They showcased a really interesting combination of moods, from thick and heavy to deviant and furious. And I think that is exactly what makes their style so characteristic. Also, there is an unavoidable South American vibe going on, but INANNA has managed to create a distinct approach to their kind of music. As far as the production goes, the mix is dense yet balanced and crisp. The murky and oppressive atmosphere is just enticing since the very beginning. There is a certain NWOSDM hint in Diego Ilabaca and (new member) Cristobal Gonzalez’ guitar sound. Their riffs have a kaleidoscopic character, so to speak, coming in and out of the songs splendidly. Upon first listen, I thought the guitars were a little too pushed up to the front. But the rhythm section is so tight that after the second and third spins, that notion quickly disappeared. Delivering some impressive vocals as well, Max Neira’s bass guitar pounds its way through the album, providing the perfect pairing to the constant tempo variations from (guitar player turned drummer) Carlos Fuentes, who does an amazing job behind the kit. These guys know exactly what they are doing and they also throw you off from time to time with bits and pieces of alterations, modifications and adaptations of the same themes in each song. For example, some of the leads were definitely unexpected and totally out of the box, which adds yet another twisted detail to the already psychotic nature of “Void Of Unending Depths”. Sometimes there is a lot happening instrument wise, but these guys divert all that into the creation of a huge, yet sophisticated, wall of sound that mutates constantly, getting creepier every single time. To top it off, they implemented a really dynamic mastering process for a monster of a Death Metal album. Absolutely recommended and, may I dare say, a must for any dedicated extreme Metal fan. 10 years after their latest album, I can only look forward to more music from this brilliant band! Show the band some well deserved support at www.facebook.com/inannametal and get the album from their label www.facebook.com/memento.mori.label