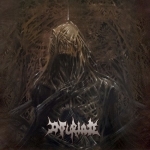 What really comes to your mind when you think about or listening to music of SUFFOCATION, DEVOURMENT, DISGORGE, DEEDS OF FLESH, SEVERE TORTURE and DECREPIT BIRTH? It’s very simple and specific – brutality and Death Metal goes hand to toe with each other. It’s something like a full throttle combustion engine producing energy and channeling the ripping vibrations through your ear holes and making you aware of the human capabilities with their instruments. To many listeners, brutal Death Metal is something always about chugging and wankery showmanship to produce visceral noises which doesn’t transmit any inherent meaning or feelings. But those who are open minded know it’s more than about showmanship and the above mentioned bands produced that deadly vibrations throughout the 90s and post 2000 area with a definite class of musicianship and aesthetics. Post 2000 area brutal Death Metal flowed more into the territory of copy cat skill show and random chugging to produce some grooves for nothing but there are bands that always keep transcending the old spirit of the 90s with their own class and style. From that motto in mind, a group of Texas all-stars founded INFURIATE in late 2015 in Austin, featuring members of SARCOLYTIC, WIDOWER, LAUGHING AND LYING, VENEREAL BAPTISM, SECT OF EXECRATION, IMAGES OF VIOLENCE, ID, WHORE OF BETHLELEM, which is without any doubt an absolutely merciless golden-era of brutal Death coming straight out of swampy Texas. These Texas Death merchants spent the last couple of years putting together their self-titled debut “Infuriate” and finally released that in 2018, in co-operation with Everlasting Spew Records which has a fine reputation of releasing Death, Grind and Doom records with passion and dedication into the genres. Complying with their effort INFURIATE have created an absolute brutal beast in which they took inspiration from classic 90s technical bands and most importantly stayed true to the style and aesthetic of the brutal and deadly form of the old school Death Metal school. INFURIATE showed connectivity to their ancestry while adding up their own Texan flavor with doses of ribs splitting riffs and hammering blast beats which doesn’t just meant to produce slams every half minute but sparks lethal shocks through its transitions; just have a listen to ‘Slaughter For Salvation‘ and ‘Mori Terrae’ to get the taste of collective suffering. This 9 tracks album covers a wide range of sinister topics that focused on the vicious side of nature and frivolous human behavior while the artwork for the album was done by the legendary Jon Zig, which perfectly encapsulates the inner atrocity captured in this record. In this modern area when brutal Death Metal tossed away many followers for its mediocrity and lifeless production, this deadly coalition of the Central Texas bands produced their own take on 90s brutal Death Metal which is well worth to listen and get infuriated by their aural madness. Explore more about the band at www.facebook.com/infuriatedeathmetal or visit their label page: www.everlastingspew.com.