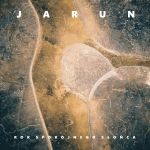 Formed back in 2008 as a one man project, this turned into a full band for their debut album and so far after line-up changes and three previous albums, this Polish band presents their fourth full length in 2021. The style has been labeled as progressive Folk Black Metal, and to a certain extent that is true. I think that the Folk thing is not exactly that much, but the progressive elements are there. There is a lot of atmosphere in the songs and the use of acoustic guitars and ethereal passages combined with their very Polish way of doing Black Metal do give the band a very personal sound, something hard to find these days. For some reason, the band reminds me of the style OPETH was using in their first albums. The vocals are also very good, not your usual high pitched screams all the way, they have more like a Black / Death approach. And sometimes they do have that orthodox Black Metal feeling akin to later DEATHSPELL OMEGA, which in my book is always something good. Yes, this is the kind of album that deserves many listens to fully appreciate what the band is doing. The musicianship is top notch and the production values just killer. And yes, singing in their native tongue gives them that touch that only Eastern European Black Metal bands can create. The way they suddenly change from tempos, to get into a more jazzy / bluesy stage to then ignite fire again, is incredible. The guitar work, the drumming, the bass playing… and most important the composition skills here are top. What they do in the middle of ‘Widma’ is just something to notice. And then the next song goes into fiery Metal of darkness that would make IMMORTAL proud. Some of the sounds remind me more of Arabic sounds rather than Folk, but it might just be me. In that sense fans of MELECHESH will definitely find this band in their likes. This is the third time I am listening to it and every time new things shine. Yes, it is that type of album. A killer release and a killer execution. Those looking for bands that keep it extreme still find new ways to invoke darkness, look no further! More info you will find at: www.facebook.com/jarunband, www.facebook.com/godzovwar